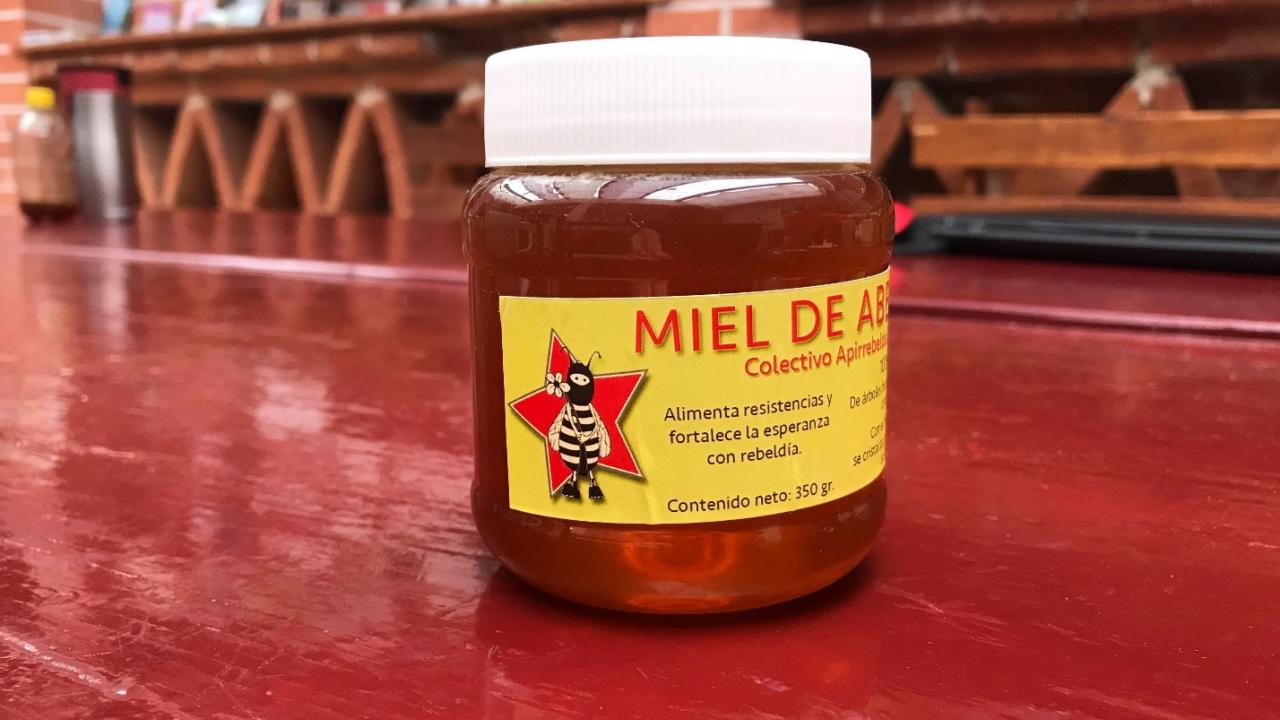 Ever hear of Zapatista Honey? What?

That’s right – there is no flower called Zapatista. But there is a group of indigenous Mexicans who bear that title – and they are making honey. And, of course, it is called Zapatista Honey. Much of their living is done collectively and raising bees and selling the honey is just one of these.

So just how did I learn about Zapatista Honey? In the past year I began working with Scott Forler, a serious honey aficionado and creator of the Honey Traveler, a gold mine of information detailing the floral source with photos. Occasionally Scott digs in deeper and gives his opinion on how the honey smells or tastes.

Late last year, Scott traveled to Chiapas, Mexico where he had the pleasure to attend a Zapatista dance exhibition. The Zapatistas have collective coffee plantations and bee hives. “I bought a jar of honey from them yesterday at a dance exhibition they organize each year,” writes Scott.

Note the Zapatista Bee Dancing on the label. According to her (the bee), the honey “. . . feeds resistance and strengthens hope with rebellion.”

Scott writes, the honey “is very thick and delicious with a bright fruity taste. Strong not too sweet with a mildly bitter aftertaste. “

The back of the label explains the honey is 100% organic and comes primarily from “fruit trees: apple, peach, plum and tejocote (an apple-like fruit indigenous to Mexico).

It goes on to explain that “With the cold organic honey crystallizes, but still retains its properties.”

Scott is now traveling the world. We have decided to work together a bit – Scott will send me photos of honeys he has found and write a bit about the experience. Scott will share the story of these honeys with me and I, in turn, will share them with the readers of the Honey and Pollination Center’s e-news. And, if we get samples, I’ll share them will all the participants of the Fall’s Honey Summit Sensory Education Course.